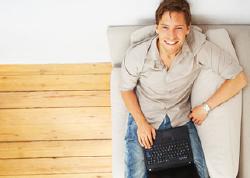 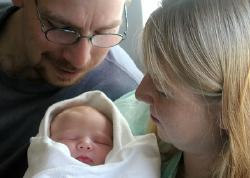 Following in the wake of celluloid, formaldehyde, a simple chemical compound (formula: HCHO), was the second mass product of the upcoming age of plastics. In 1907, the chemist Leo Hendrik Baekeland from Flanders invented “Bakelite”, a synthetic resin obtained from formaldehyde and phenol (carboxylic acid). This gave rise to a triumphant success of this chemical which was used in many products of the flourishing consumer society: Amongst others, formaldehyde resins hold chipboards and plywood together and, for instance, also keep bras in shape. Formaldehyde is also used to harden fingernails.

This compound is a real multi-talent among the chemicals. The annual formaldehyde production in Germany amounts to half a million tons. Nearly 40 percent are applied in the timber industry. It is a component of synthetic resin adhesives which are used to glue thin layers of wood or wood chips together to make plywood or chipboards. Usually, cheap urea formaldehyde resins are employed which disintegrate easily and in this process continually emit formaldehyde. Especially, cheap furniture produced in East European countries contains such low-quality chipboards.

Thin veneer sheets serving as the top layer do not provide a sufficient protection against these vapours unless they are additionally sealed by applying some varnish. This is aggravated by the fact that many of the adhesives which are used to glue the veneer sheets also contain substantial quantities of formaldehyde. The narrow edges are rarely lined anyway so that the formaldehyde can directly evaporate from the chipboard into the ambient air. High temperatures, for instance in the summer or during the heating period, considerably boost these emissions. This means that increased contamination mainly occurs in newly built houses during the summer months. So, the indoor air sometimes contains formaldehyde concentrations which, over some months, clearly exceed the recommended limit value of 0.1 ppm. Prefabs, mobile homes and buildings, where chipboards have been built in to a great extent, are particularly precarious.

Wood has many friends. In the last years, the popularity of ceiling liners and wall panels has grown steadily. Numerous handymen line their four walls with the “wallpaper that has grown in the forest”. But wood has many enemies too: the house longhorn beetle, the powder-post beetle, the sirex woodwasp, the dry rot fungus, the wet rot fungus, the brown rot fungus, blue stain fungi and a variety of other insects and fungi.